Matt Arbogast, of The Gunshy chats about their new 7" - At 35, the band, mortality, the glory days and more.

Listen to The Gunshy on Sound Check Chat Now - Powered by EarthQuaker Devices: 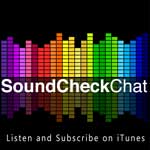 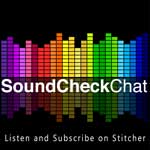 Do you want something cool from our gift stash? Simply Leave a Review or Answer a 1 Question Survey. It's really that simple.

Links Mentioned in the Sound Check Chat Podcast with The Gunshy :

Here are the links to everything mentioned in the Sound Check Chat podcast interview with Matt Arbogast of The Gunshy:

Story behind the Matt Arbogast Podcast:

The Gunshy, once the solo project of Chicago’s Matt Arbogast, has been a lot more productive in recent years than ever before. Arbogast credits the renewed enthusiasm and productivity with finding a solid set of collaborators, who have transformed the endeavor into a full-fledge band.

On October 23, The Gunshy quartet, now consisting of guitarist Ryan Ford, bassist Jesse Askren and drummer Andy Sivwright, released a new four song 7” via Arbogast’s Sleep Recordings. The Onion AV Club premiered the video for “Content Man” from the 7” in early August, and the band tours in support of the record in November.

As always, much of the strength of The Gunshy lies in Arbogast’s narrative storytelling, reminiscent of latter day Bob Dylan, Eric Bachmann and Frank Turner. Thematically, this 7” is one that reflects Arbogast’s thoughts about aging, gaining understanding and mortality. Arbogast also acknowledges that part of growing up is also finding a way to make hard, mature decisions, one of which he faced on his last tour and inspired the song “At 35.”

Following their November tour the band will write a new LP, which they will record in February 2016.

Sound Check Chat would like to thank these sponsors of the The Gunshy episode. Check them out and thank them for helping make this interview possible! 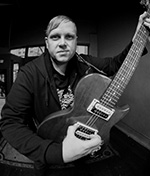 With years of exeperience in the music and journalism industry, Tim Anderl feels right at home hosting Sound Check Chat. Tim blogs at YouInde and writes at Ghetto Blaster Magazine, New Noise Magazine, and the Dayton City Paper. In addition to playing in a band, he also works with independent musicians at Sweet Cheetah Publicity. 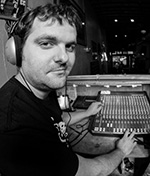 Frank Steele is a serial entrepreneur with a background in marketing, specializing in web, television, movie, and podcast production and design. Frank has produced award winning music videos and has worked with artists who have appeared on MTV, VH1, and CMT. He creates video and media content specifically targeted to the needs of muscians and bands at Frame Jump Music Videos.


If you have a question, comment, or just want to drop us a line, please Contact Us.